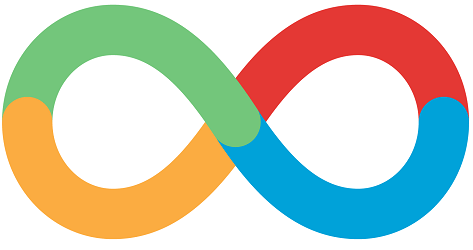 Lithium-ion uses a cathode (positive electrode), an anode (negative electrode) and electrolyte as conductor. (The anode of a discharging battery is negative and the cathode positive (see BU-104b: Battery Building Blocks). The cathode is metal oxide and the anode consists of porous carbon. During discharge, the ions flow from the anode to the cathode through the electrolyte and separator; charge reverses the direction and the ions flow from the cathode to the anode. Figure 1 illustrates the process.

Li ion batteries come in many varieties but all have one thing in common – the “lithium-ion” catchword. Although strikingly similar at first glance, these batteries vary in performance and the choice of active materials gives them unique personalities. (See BU-205: Types of Li-ion-ion.)

Sony’s original lithium-ion battery used coke as the anode (coal product). Since 1997, most Li ion manufacturers, including Sony, shifted to graphite to attain a flatter discharge curve. Graphite is a form of carbon that has long-term cycle stability and is used in lead pencils. It is the most common carbon material, followed by hard and soft carbons. Nanotube carbons have not yet found commercial use in Li-ion as they tend to entangle and affect performance. A future material that promises to enhance the performance of Li-ion is graphene.

Figure 2 illustrates the voltage discharge curve of a modern Li-ion with graphite anode and the early coke version.

Several additives have been tried, including silicon-based alloys, to enhance the performance of the graphite anode. It takes six carbon (graphite) atoms to bind to a single lithium ion; a single silicon atom can bind to four lithium ions. This means that the silicon anode could theoretically store over 10 times the energy of graphite, but expansion of the anode during charge is a problem. Pure silicone anodes are therefore not practical and only 3–5 percent of silicon is typically added to the anode of a silicon-based to achieve good cycle life.

Experimenting with cathode and anode material allows manufacturers to strengthen intrinsic qualities, but one enhancement may compromise another. The so-called “Energy Cell” optimizes the specific energy (capacity) to achieve long runtimes but at lower specific power; the “Power Cell” offers exceptional specific power but at lower capacity. The “Hybrid Cell” is a compromise and offers a little bit of both. (More on BU-501: Basics About Discharging.)

Manufacturers can attain a high specific energy and low cost relatively easily by adding nickel in lieu of the more expensive cobalt, but this makes the cell less stable. While a start-up company may focus on high specific energy and low price to gain quick market acceptance, safety and durability cannot be compromised. Reputable manufacturers place high integrity on safety and longevity. Table 3 summarizes the advantages and limitations of Li-ion.

Most Li-ion batteries share a similar design consisting of a metal oxide positive electrode (cathode) that is coated onto an aluminum current collector, a negative electrode (anode) made from carbon/graphite coated on a copper current collector, a separator and electrolyte made of lithium salt in an organic solvent. Table 3 summarizes the advantages and limitations of Li-ion.

BlueNova Lithium Batteries – All you need to know

Why lithium-ion is a superior battery system.

Pioneering work of the lithium battery began in 1912 under G.N. Lewis, but it was not until the early 1970s that...

Q: Are these batteries compatible with standard lead acid charger? A: Batteries must ONLY BE CHARGED WITH CHARGER SUPPLIED. It’s not...